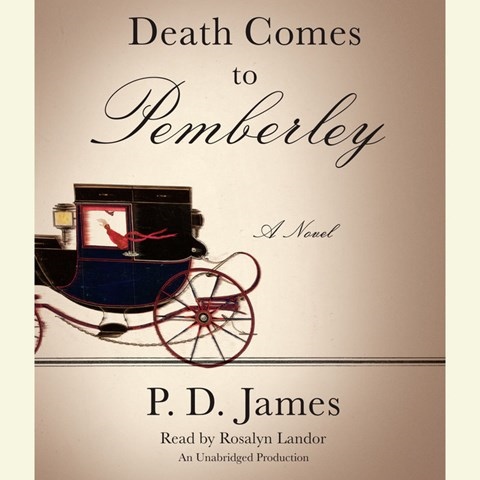 P.D. James matches her literary wit to that of Jane Austen in this homage to the nineteenth-century author. Her brave undertaking is joined gloriously with Rosalyn Landor's upper-crust enunciation and gentle yet crisp British accent. The story takes place in 1803, six years after PRIDE AND PREJUDICE's Elizabeth and Darcy were wed. Landor conveys women's vocal cadences distinctively, but male characters all sound identically guttural. Much of the beginning of the story is a reprise of Austen's famed novel, with bits of imagined moments, to entice aficionados. Then murder most foul comes to Pemberley. Austen purists may be shocked but still laud James's inspiration, born of her lifelong passion for Austen. James's devotees will delight in the suspenseful criminal mischief. A.W. © AudioFile 2012, Portland, Maine [Published: JANUARY 2012]