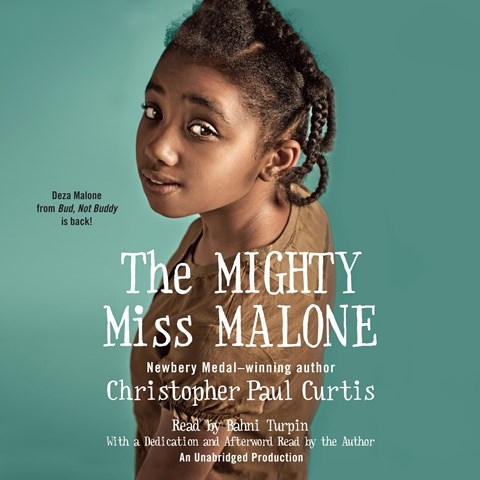 The Malone family faces the tribulations of the Great Depression, but 12-year-old Deza never loses heart. Narrator Bahni Turpin captures Deza’s youthful exuberance and handles the despair of poverty with a hopeful undertone that matches Deza’s undaunted attitude. Turpin maintains focus and intensity in this detailed portrait of African-American community life during the 1930s. A versatile narrator, she develops many characters, including some standout male personalities. She even sings a few Depression-era songs in the role of Jimmie, Deza’s older brother. It’s surprising that Turpin does not utilize her signature smoothness to create transitions within Curtis’s sometimes choppy prose. But, overall, Turpin’s range is well suited to this character-driven story, rich in history, culture, and emotional power. C.A. Winner of AudioFile Earphones Award © AudioFile 2012, Portland, Maine [Published: FEBRUARY 2012]