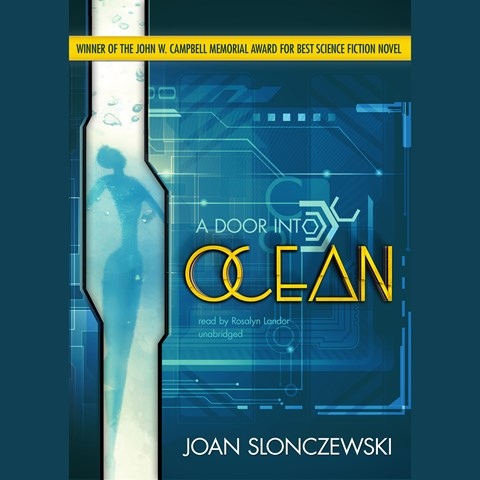 A DOOR INTO OCEAN

Rosalyn Landor embodies the calm and pacifist nature of the females who call themselves “Sharers” and inhabit a world composed of water. As they quietly resist colonizers from an outside world who want to rule them and their planet, they form bonds with a few of the invaders who try to learn from them and help them survive. Landor uses a variety of accents to distinguish the many characters. Her pace is effective in maintaining interest in a book with limited action. Her narration reflects the complexity of the characters and the quiet intensity of the themes of feminism amd peaceful coexistence. J.E.M. © AudioFile 2012, Portland, Maine [Published: MARCH 2012]