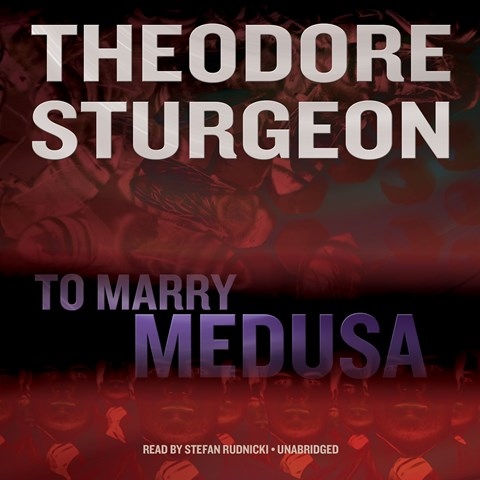 With a powerful bass voice, Stefan Rudnicki knocks the dust off this dated classic and flexes his vocal prowess to drag the listener into a world of chaos as Planet Earth battles against an alien hive. He glides through a half-dozen accents without missing a beat and when appropriate, adds occasional touches of groveling and whining. Rudnicki has no problem changing points of view. With professional ease he transitions from sultry vixen to Italian assassin and moves on to drunken Chicago outcast. This signature work from Theodore Sturgeon is considered to be one of the foundations of the sci-fi genre, and now that it’s available as an audiobook, it will be a must-listen for fans. P.S.F. © AudioFile 2012, Portland, Maine [Published: MAY 2012]