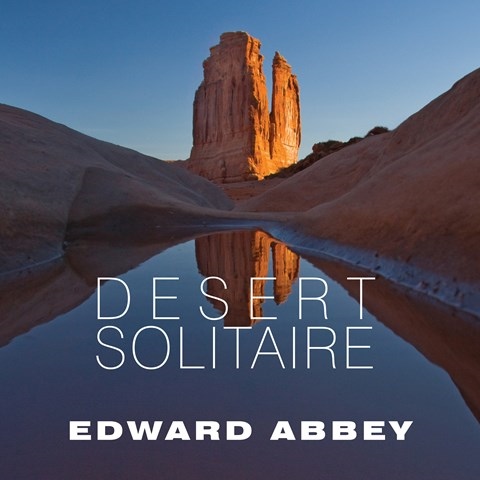 DESERT SOLITAIRE A Season in the Wilderness

Michael Kramer delivers an outstanding narration of Edward Abbey's classic account of his time as a park ranger in the desert of Utah. He tells tall tales, relates desert lore and history, and spends many hours meditating on nature and the offenses of modern American culture. This book was originally published in 1968, yet most of his complaints are still timely. Alternating between the social and the solitary, Abbey's memoir is engaging, humorous, and fascinating. His wit is as arid as the desert he loves, and Kramer emulates him perfectly, using a raspy drawl and such perfect timing and tone that he has us convinced it’s Abbey himself speaking. K.O. © AudioFile 2012, Portland, Maine [Published: MARCH 2012]