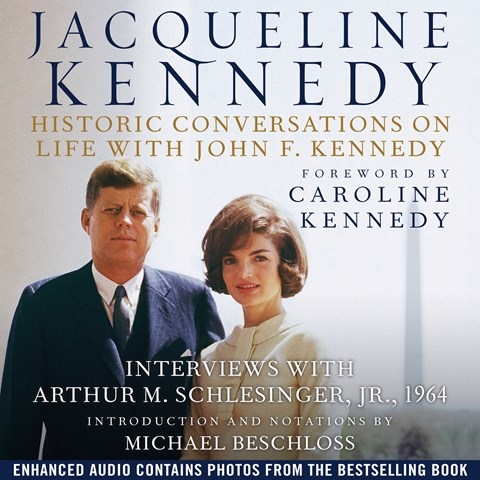 The value of this book lies not in its audio quality but in the history it conveys. It’s fascinating to hear Jacqueline Kennedy speak so reverently about her husband, but she has his legacy on her mind and in her heart. The book includes several voices. First, Caroline Kennedy and Michael Beschloss provide serviceable opening remarks in the foreword and introduction, respectively. We then move on to the actual conversations between Schlesinger and Mrs. Kennedy. They speak informally, and the sound level is sometimes too low, but their interview is enlightening, and Kennedy is an urbane, sophisticated, well-spoken subject. Schlesinger has a professorial tone; Mrs. Kennedy has terrific diction and seems delighted to be able to talk about her husband to a family friend. R.I.G. © AudioFile 2012, Portland, Maine [Published: FEBRUARY 2012]