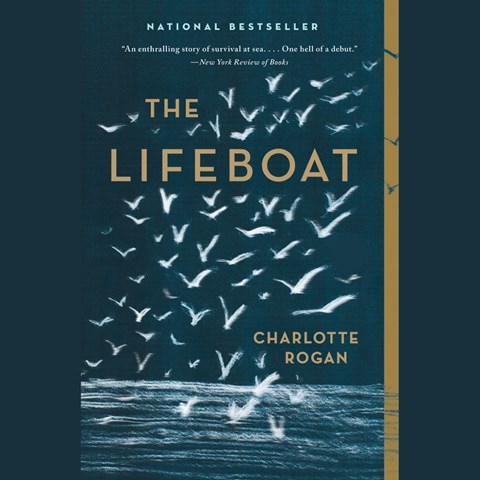 Gripping suspense swells throughout Rebecca Gibel's narration of the fate of 39 lifeboat survivors after a mysterious explosion sinks the luxury ocean liner EMPRESS ALEXANDRA in 1914. Grace, the listener learns at the beginning, has survived the calamity only find herself on trial for murder. While Gibel ably performs the gruff voices of men and the accents of international passengers, as Grace her performance is too glib—naïve and incongruous—for a young widow who has survived catastrophe, deplorable hardship, and the miseries of dire thirst and starvation. The spellbinding novel is engrossing, and the author's attention to detail and moral complexity radiates. But would Grace really have the capacity for such unmitigated cheer in the face of the death and terrible cruelty in the confines of a lifeboat adrift at sea? A.W. © AudioFile 2012, Portland, Maine [Published: APRIL 2012]