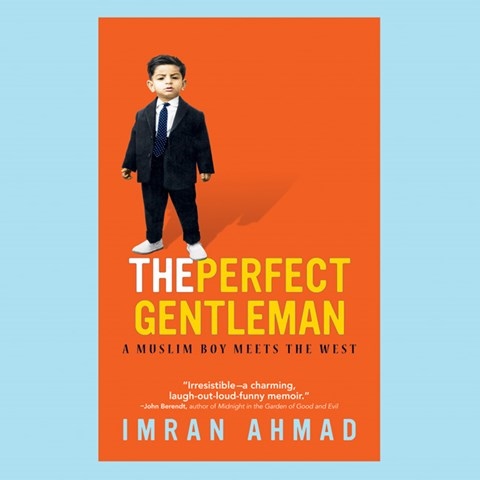 THE PERFECT GENTLEMAN A Muslim Boy Meets the West

What begins as a disjointed text that might not work in audio becomes a captivating, multifaceted memoir about religion, relationships, and racism. Imran Ahmad chronicles four decades of his life, beginning with his childhood in the mid-1960s as a Pakistani immigrant in England. It’s a coming-of-age story as well as a story of coming to faith. As narrator, Ahmad has an authentic accent that adds depth to his struggles with culture and faith. His anecdotes are funny, honest, and thought provoking. Contrasts between fundamentalism and pluralism, as well as Islam and Christianity, are played out in stories of unrequited love, enduring friendships, arranged marriages, and cherished automobiles. Ahmad’s memoir is a refreshing way to reflect upon contemporary cultural and religious issues. K.C.R. © AudioFile 2012, Portland, Maine [Published: JULY 2012]