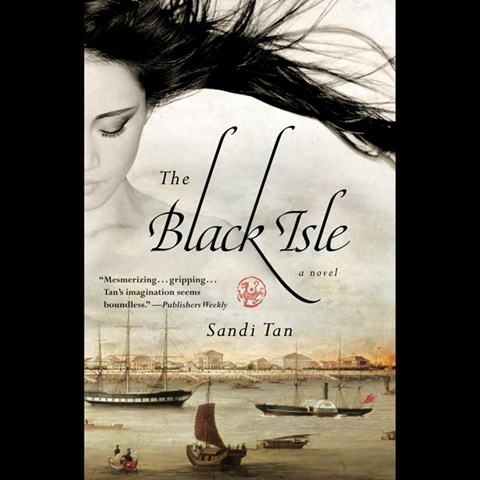 When 90-year-old Ling realizes someone is trying to erase her from history, she is persuaded to tell her story. Sarah Zimmerman’s performance of Sandi Tan’s debut novel demands attention. Zimmerman completely immerses herself in Ling as she details nine decades of people and events, transporting listeners from 1922 Shanghai, to the steamy jungle plantations of the Black Isle, through the brutality of the Japanese occupation during WWII, and well into the present. Zimmerman’s voice shivers with awareness when 7-year-old Ling realizes she can see ghosts but her twin brother, Li, cannot. Over time, as the bond with Li is broken, gothic horrors and epic betrayals mount. Zimmerman recounts Ling’s paranormal, erotic, frequently grotesque observations with controlled understatement. Fascinating listening, but definitely not for the squeamish. S.J.H. © AudioFile 2012, Portland, Maine [Published: SEPTEMBER 2012]