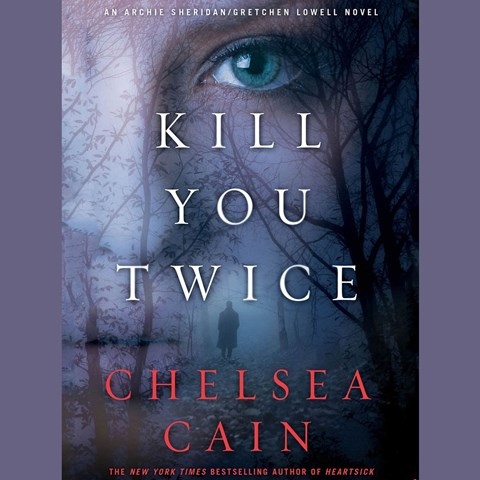 “Beauty Killer” Gretchen Lowell is one sick puppy. Heavily sedated and restrained in Oregon State Hospital, Gretchen sends for her old victim/lover, Archie Sheridan, to convince him to protect a girl she claims is her daughter. Christina Delaine’s performance shows a remarkable range of voices, from Archie’s scratchiness (the result of being tortured by Gretchen years before) to Gretchen’s drugged, sluggish attempts at manipulation to frightened little boy Patrick’s late-night phone calls to each of Archie’s task-force colleagues. Delaine’s intensity is sure to raise goose bumps, and it’ll take a strong stomach to listen to Gretchen’s satisfaction as she retells the nauseating details of her kills. In this fifth Archie/Gretchen matchup, Chelsea Cain’s writing is sharp as a scalpel, and Delaine wields it with deadly accuracy. S.J.H. Winner of AudioFile Earphones Award © AudioFile 2012, Portland, Maine [Published: SEPTEMBER 2012]