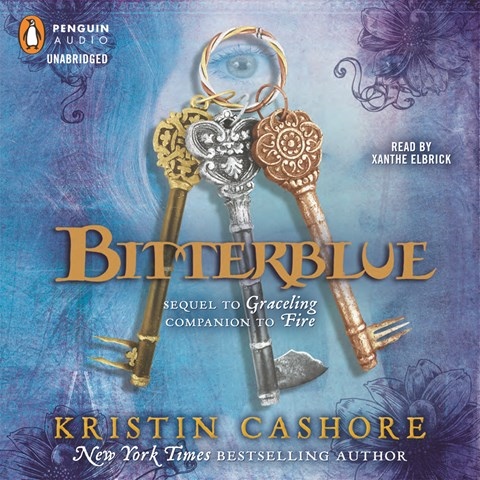 Xanthe Elbrick reads with insight garnered from her narration of a previous book in this series (FIRE). She infuses the prologue of this installment with the confused feelings of Bitterblue’s childhood, in which she was caught between her father’s cruelty and mother’s comfort. Her father, who is gifted with special powers, uses them to control others. He’s also told marvelous stories of fantastical worlds that seem curiously real. Now 18, Bitterblue is queen of a restless kingdom who is kept busy with meaningless paperwork when she really wants to understand her people’s needs. Elbrick’s crisp, precise diction and sensitive tones express Bitterblue’s wide-ranging emotions and struggles. As Bitterblue navigates a palace of hidden passages and puzzling personalities, the story reveals new depths in the characters fans have grown to love. S.W. Winner of AudioFile Earphones Award © AudioFile 2012, Portland, Maine [Published: MAY 2012]