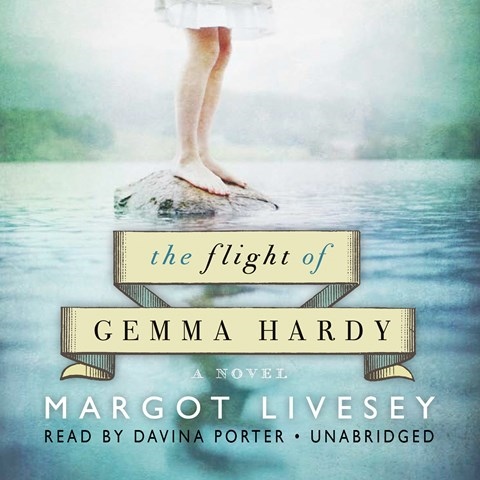 THE FLIGHT OF GEMMA HARDY

Both fans of JANE EYRE and those who have never read Brontë's original will find much to like about this retelling of the classic tale of an orphaned girl's quest to find love, respect, and a home. Author Margot Livesey has set her version in the 1950s and ‘60s, molding twentieth-century details and situations to Brontë's general plot. It's difficult to imagine a better narrator than Davina Porter for Gemma's story, which is set primarily in mainland Scotland and the Orkneys. Porter's engaging Scots accent gives listeners a strong sense of place, and she easily voices British English and Icelandic as needed. Listeners will appreciate Porter's consistent characterizations, which are judiciously punched up with emotion to fit this modernization of a classic story. C.B.L. © AudioFile 2012, Portland, Maine [Published: APRIL 2012]