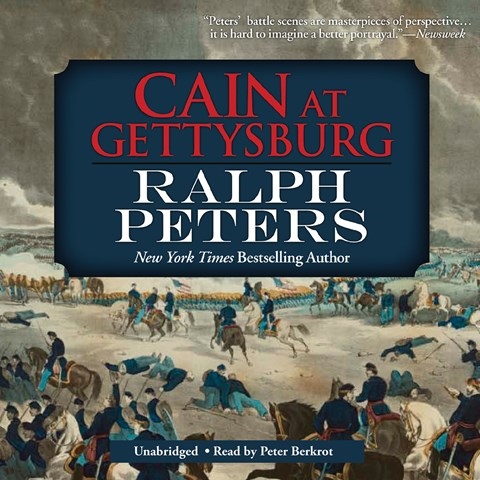 Author and former U.S. Army officer Ralph Peters re-creates the most important and bloodiest battle in the Civil War in his new novel. Narrator Peter Berkrot portrays the huge cast of Yankee and Rebel officers and infantrymen with drama and heartfelt care. Berkrot delivers accents from both sides of the conflict with a gifted actor’s confidence. He increases the tempo of his delivery to match the urgent pace of preparation for the three-day battle—which ultimately decided the war. Peters’s attention to detail, aided by Berkrot’s careful delivery, creates in the imagination of the listener all the glory, the greatness, and the tragedy of Gettysburg. R.O. © AudioFile 2012, Portland, Maine [Published: APRIL 2012]