Home»Reviews»THE BORGIAS AND THEIR ENEMIES 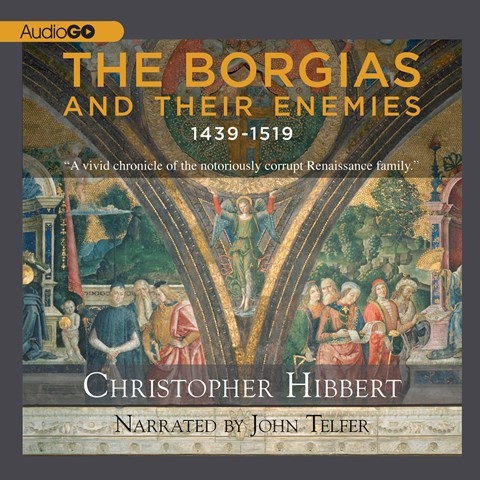 THE BORGIAS AND THEIR ENEMIES

Those who listen to this history may find themselves rethinking their ideas about religion and the Roman Catholic Church. The author recounts the exploits of the notorious crime family headed by Rodrigo Borgia, also known as Pope Alexander VI. Their savagery and ambition knew no bounds. John Telfer tells their story with frightening clarity. It could be argued that the Borgias were a product of their time, but they seem to be too evil, or too insane, even for the era of the Italian Renaissance. The infamous Lucrezia Borgia, whom history has branded a cold-hearted killer, herein comes off the most innocent. Telfer manages to imbue the characters with humanity despite their flaws. M.S. © AudioFile 2012, Portland, Maine [Published: APRIL 2012]