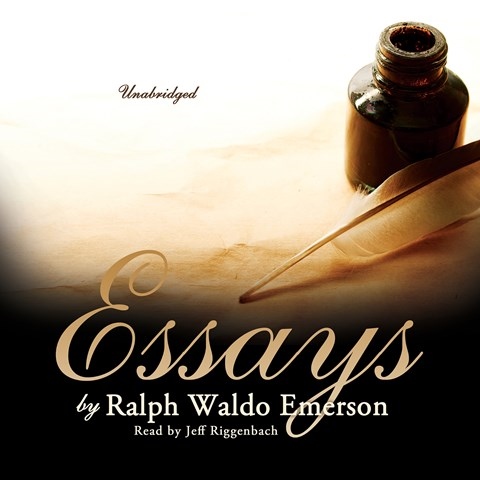 Presenting all but one essay from Emerson's two volumes (ESSAYS: FIRST SERIES and ESSAYS: SECOND SERIES), this production is the most complete collection of Emerson's works. It contains some of his most famous essays, such as “Self-Reliance,” “The Over-Soul,” and “The Poet and Experience.” Narrator Jeff Riggenbach delivers the works authoritatively yet a bit rigidly. His inflections are relatively unvaried, and his baritone voice is comfortable and easy to follow. But he reads a bit quickly for texts this dense, not providing time for the ideas to sink in. This is still a valuable recording, well narrated and providing many great works not otherwise available on audio. But it's odd that the final essay of the SECOND SERIES is not included. K.M. © AudioFile 2012, Portland, Maine [Published: MARCH 2012]