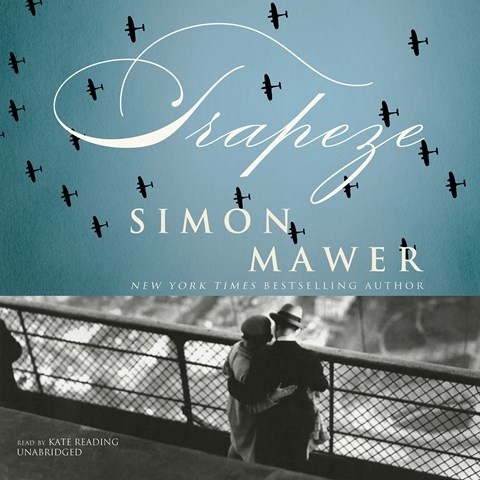 First, you’re lured in by Kate Reading’s velvety voice and perfect diction—in English AND French. Next, the characters begin to breathe. Before you know it, you’re hooked on Simon Mawer’s marvelous combination of fact and fiction, which highlights the exploits of the women agents of the Special Operations Executive (SOE), a British espionage organization during WWII. Marian Sutro, a young woman wishing to do her part, is recruited, trained at spy school, and sent on a dangerous mission, code named “Trapeze.” Once dropped into Nazi-occupied France, Marian must find and persuade Clement, a man she once loved, to help the Allies continue their work on the atomic bomb. Period details are well developed, and locations are effectively described, thanks to Reading’s compelling performance. She makes a good book even better. S.J.H. Winner of AudioFile Earphones Award © AudioFile 2012, Portland, Maine [Published: JUNE 2012]