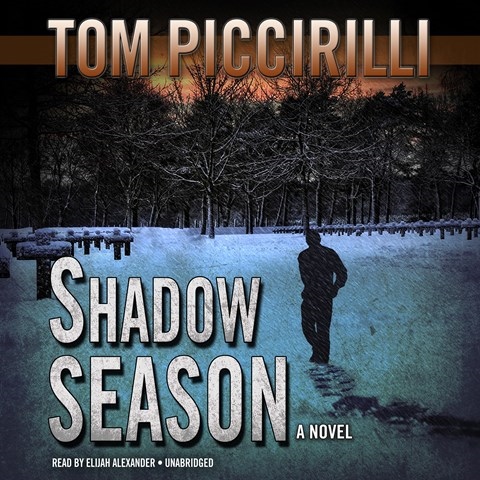 A tragically blinded former cop from New York City is transplanted to a private girl's high school upstate. Here he's an English lit teacher with a troubled past and an attraction to the students. This is a wonderful murder mystery, but this production is a disappointment. Elijah Alexander's narrator voice is terrific; however, he tries too hard with the dialogue. Murphy's Irish brogue is awful, and the black cook sometimes sounds ghetto and sometimes Jewish! The inconsistency of the voicings makes identifying the characters difficult. A high point is Alexander’s pacing, which enhances the tension of the story. M.C. © AudioFile 2012, Portland, Maine [Published: SEPTEMBER 2012]