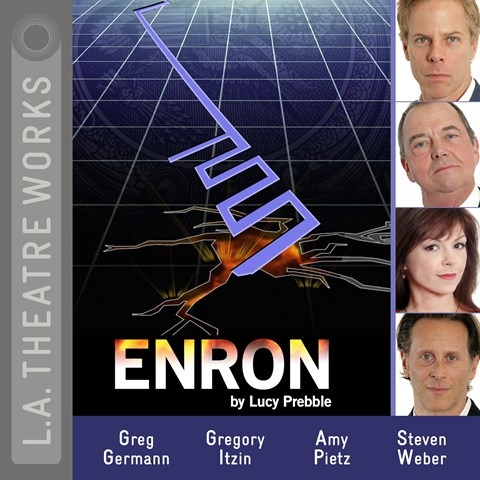 Prebble’s play recounts the rise and fall of the nation’s energy giant, communications conglomerate, and pulp and paper company. A full-cast performance is punctuated by sound effects, music, and live audience response. Enron grows during the go-go '90s into a gigantic corporation, boot-strapping itself forward through the creative financing of Andrew Fastow. Actors Gregory Itzin as Kenneth Lay and Steven Weber as Jeffrey Skilling steer the Houston-based energy giant to the heights of success as they convince banks, investors, and employees to sink their funds into the company—which comes crashing down in December 2001. The story is punctuated by political jabs and tongue-in-cheek economic comments. M.B.K. © AudioFile 2012, Portland, Maine [Published: JUNE 2012]