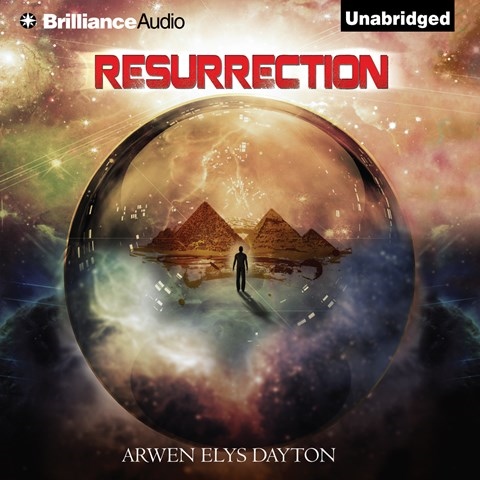 Listeners shouldn’t be put off by the initial disjointedness of this book. The author has a plan—it just takes awhile before it becomes apparent. It's worth the effort. Here's some help: Thousands of years ago aliens from the planet Kinley came to earth and were thought to be gods. In the current day a Kinley scientist journeys to earth to find the scientists, or at least their technology, to help them win a space war. Kate Rudd manages to juggle the voices of more than a dozen characters, giving each a special flair for differentiation. Her skills as an actress also help keep the convoluted plot alive. M.S. Winner of AudioFile Earphones Award © AudioFile 2012, Portland, Maine [Published: JUNE 2012]