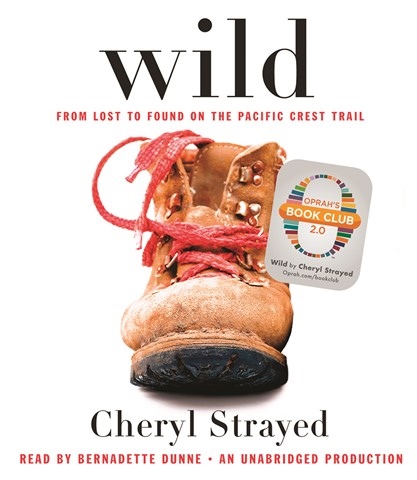 WILD From Lost to Found on the Pacific Crest Trail

Bernadette Dunne's narration reflects the emotional upheaval that Cheryl Strayed experienced as she plunged into a downward spiral following the death of her mother, the dissolution of her marriage, and a foray into heroin usage and sexual promiscuity. At the same time, this memoir captures Strayed's freewheeling, earthy, and adventurous personality as she endeavors to leave her troubles behind as she hikes the Pacific Crest Trail on her own at the age of 26. The solitude of the trail enables her to connect with herself in a new way, focusing on the here and now of her immediate needs and forcing her to confront—and rise above—her own pain, both emotional and physical. Dunne's narration captures the author’s grit and heart in this absorbing memoir. S.E.G. © AudioFile 2012, Portland, Maine [Published: APRIL 2012]