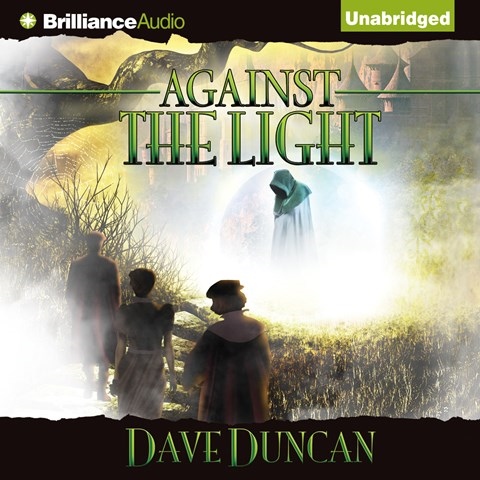 Ralph Lister is resourceful in his creation of voices for this story of the followers of the Earth Mother and their persecution by the Hierarchy of the Children of the Light. The establishment members of the Hierarchy hold political and economic power and seem to have free reign, but the oppressed have reached a point where they’re no longer willing to meekly suffer. Lister contrasts the gruffness of the resistance leaders with the youthful innocence of Bram, whose magical gifts the resistance tries to exploit. Lister excels in portraying the complexity of the characters’ motives and the balance of power among them. Listeners will see a number of parallels to English history as well as themes common to fantasy literature. J.E.M. © AudioFile 2012, Portland, Maine [Published: APRIL 2012]