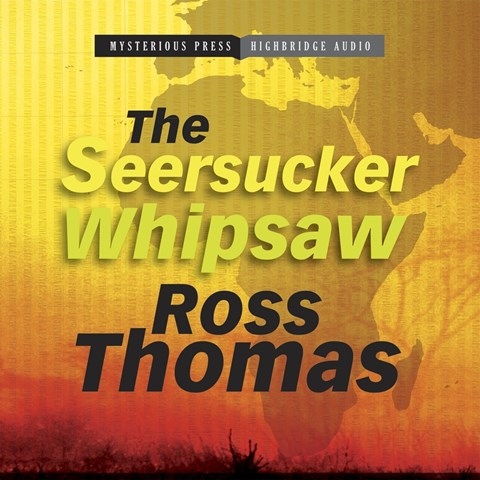 Election campaign fixer Clint Shartelle is hired by African chief Akomolo to ensure the chief’s win in a three-way race in former British colony Albertia’s first democratic election. Just how Shartelle and speechwriter Peter Upshaw can adapt their American-style electioneering to a small, unsuspecting African country—especially with its lack of television and radio—is the premise of the novel. R.C. Bray’s clever, controlled narration propels the listener to the unexpected ending. Bray’s delivery of the variety of voices—from Shartelle’s Southern drawl to the natives’ African accents—gives just the right touch of humor to this story of gamesmanship. F.T. © AudioFile 2012, Portland, Maine [Published: JUNE 2012]