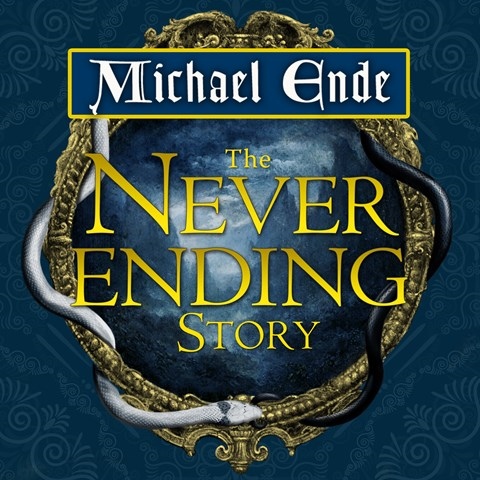 Gerard Doyle’s performance grounds this new production of Ende’s enduring fantasy about Bastian, a grieving boy whose life is changed by a stolen book. The story begins with passages that alternate between Bastian’s real world and scenes set in Fantastica, the world in his book. The story-within-a-story follows Atreyu, a boy about Bastian’s age, as he attempts to save the Childlike Empress, who is dying. Doyle ably handles a large cast as the two worlds begin to merge. He makes Atreyu sound wise beyond his years but still believably vulnerable, and he gives Atreyu’s companion, Falkor the luckdragon, a voice that is wonderfully deep and melodious. A.F. © AudioFile 2012, Portland, Maine [Published: JUNE 2012]