Home»Reviews»THE BLOOD OF AN ENGLISHMAN 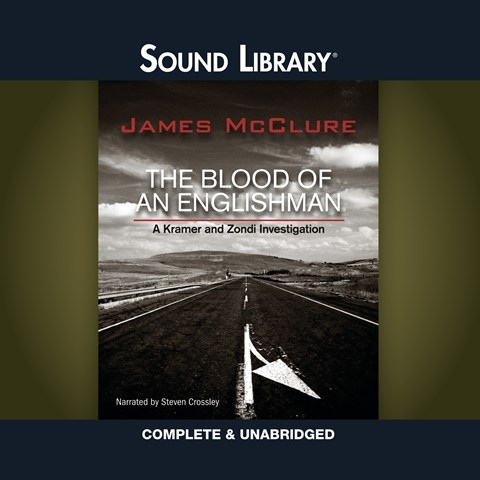 THE BLOOD OF AN ENGLISHMAN

Steven Crossley uses a variety of accents and inflections to depict Bantu, Afrikaner, and ex-pat Brit characters. The Murder Squad’s Lt. Kramer and Bantu investigator Detective Sergeant Zondi seek the murderer of a South African antiques dealer. One of the clues is an unusual bullet. Within days of the first murder, there’s another. Mrs. Digby-Smith discovers her brother, an ex-RAF hero recently arrived from England, trussed up and dead in the trunk of her car. Kramer and Zondi turn over the countryside seeking the motive for the murders, digging into the past and finding a hatred of Germans that has smoldered since WWII. Crossley’s narrative is crisp but changes volume frequently, forcing the listener to continually adjust the sound. M.B.K. © AudioFile 2012, Portland, Maine [Published: JUNE 2012]