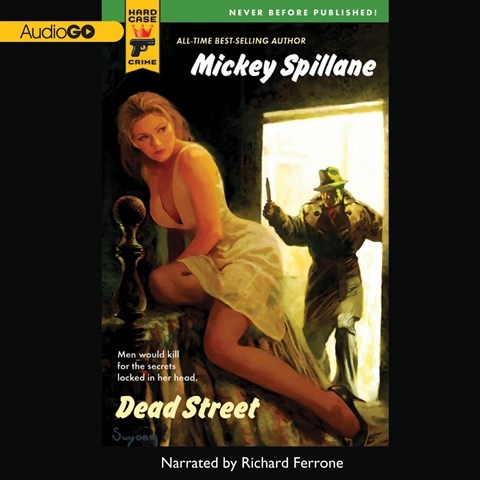 Retired Manhattan cop Jack “The Shooter” Stang gets a tip that his former girlfriend—given up for dead 20 years earlier—is alive. But she’s blind and has lost her memory. Stang slowly discovers that her lost memory holds the key to a past crime—a secret that could get her killed should she be discovered. DEAD STREET is Spillane’s last cop novel, posthumously completed by Max Allan Collins. It’s a prime example of Spillane’s loner cop stories, with his trademark depictions of gun violence. Listeners are thrillingly immersed as Ferrone’s voice glides smoothly through the story. F.T. © AudioFile 2012, Portland, Maine [Published: JULY 2012]