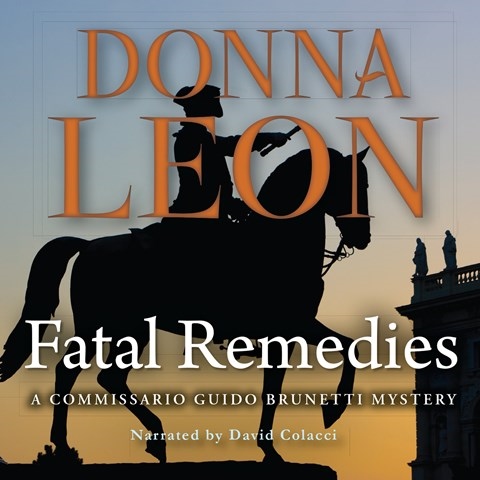 It's delightful to listen to David Colacci seamlessly alternate between the lyrical quality of English spoken with Italian accents, and the internal and descriptive narration spoken in an ordinary American accent. Additionally, Colacci's beautiful pronunciation of Italian words and phrases keeps the listener eagerly anticipating the next luscious utterance. The Commissario's career and family are threatened when his wife, Paola, takes dramatic action to cripple an Asian ring that is trafficking children for prostitution. But Brunetti is preoccupied by a robbery that led to a suspicious accidental death. Connections between the two cases challenge Brunetti as Colacci's measured pace doles out the suspense. A.W. © AudioFile 2012, Portland, Maine [Published: MAY 2012]