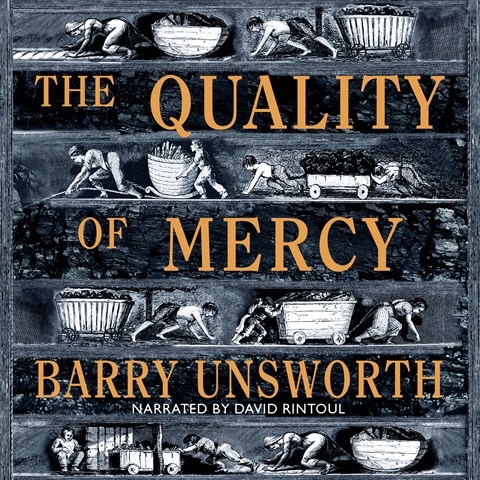 THE QUALITY OF MERCY

Amid the rising economic disparities of mid-eighteenth-century England, a vagrant Irish fiddler wanders to a northern mining village, and a wealthy industrialist demands legal restitution for the ruined slave ship on which the fiddler once sailed. This sophisticated novel explores the conflicting values of a rapidly evolving industrial society, and David Rintoul delivers the elaborately detailed narrative at a crisp pace. Rintoul provides restrained elegance for the aristocratic abolitionist who confronts the well-heeled ship merchants in court and employs a delicate touch with the colorful characters, including the poor mining families. During some of the ornate dialogue, Rintoul’s subtlety fails to differentiate the characters, but his reading is otherwise well suited to this urbane story. N.M.C. © AudioFile 2012, Portland, Maine [Published: JUNE 2012]