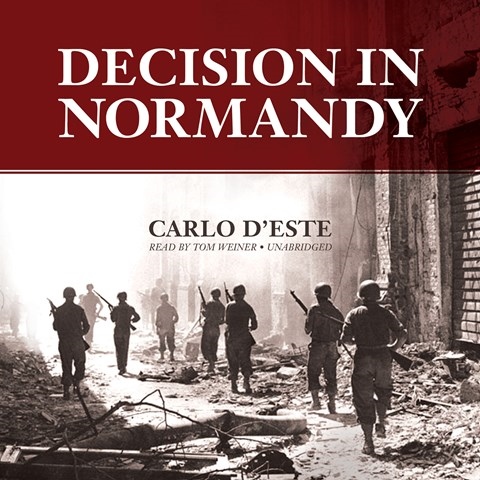 In an audiobook as complex and detailed as this examination of the planning and execution of the D-Day invasion, it’s vital that the narrator be clear and carry the narrative along smoothly. Tom Weiner does a solid job. His diction is crisp, befitting a book on military history, but not so martial that it sounds affected. For direct quotes, he changes the tone of his voice slightly as well as his pacing, so it’s easier for the listener to differentiate the author and his sources. Occasionally, Weiner reads passages a little too quickly for easy comprehension, and the author’s heavy use of detail at times interferes with the flow of the work. To fully enjoy this book, a general knowledge of the battle is a prerequisite. R.C.G. © AudioFile 2013, Portland, Maine [Published: NOVEMBER 2013]