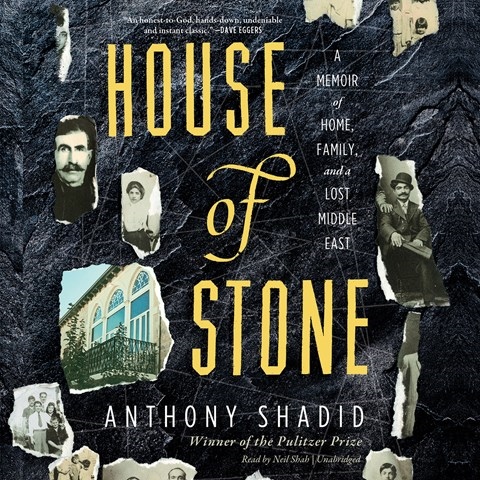 HOUSE OF STONE A Memoir of Home, Family, and a Lost Middle East

This book is the late author’s paean to his family’s home in Lebanon, built by his great grandfather. It is a heartfelt story that Shadid uses to tell of the physical reconstruction of the house and the metaphysical rebirth of Lebanon and the larger Middle East. Along the way, he recounts his family’s history and describes the Lebanese culture that has been lost since the civil war of the 1970s. Narrator Neil Shah has a deep, nasal-tinged voice that meshes beautifully with the author’s lyrical words. He uses a subtle approach, reading with purpose and force but never overpowering the story. Shah also flawlessly pronounces the Lebanese names and places, lending credibility and authenticity to his effort. It’s a marvelous book complemented by a first-rate narration. R.I.G. © AudioFile 2012, Portland, Maine [Published: MAY 2012]