Home»Reviews»LOVE GOES TO BUILDINGS ON FIRE 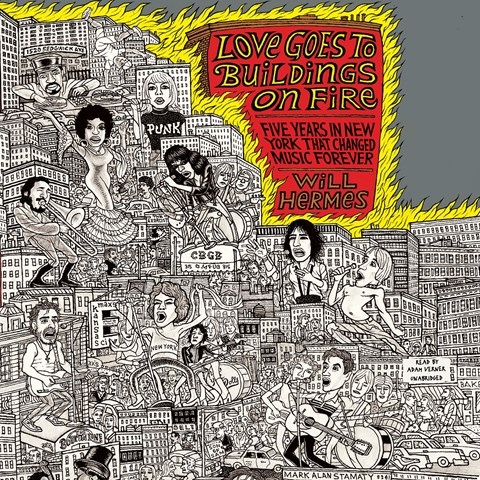 by Will Hermes | Read by Adam Verner

In the years 1974-79, New York City was teetering on the brink of bankruptcy—crime in the streets was rampant. But the urban nightmare proved to be the perfect spawning ground for a host of musical styles that grew out of the frenetic environment. Punk, disco, hip hop, salsa, and avant-garde jazz—Will Hermes crossed paths with all of them. Here his breakneck narrative intersperses slices of the urban landscape as Adam Verner’s well-matched voice hums like a transistor radio. Audio is the perfect format in which to conjure these upheavals in the time before skyrocketing rents sent creative types to Brooklyn and "Jersey." J.S.H. © AudioFile 2012, Portland, Maine [Published: APRIL 2012]