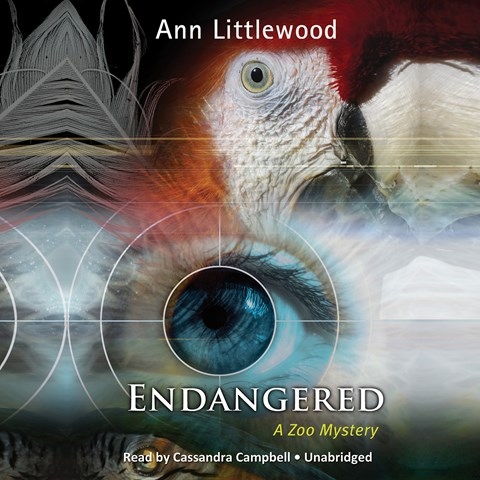 Zookeeper Ann Littlewood has written the third novel in her zoo mysteries series featuring the caring, intrepid, sometimes reckless zookeeper assistant Iris Oakley. In this installment Iris confronts traffickers who are involved with the illegal importation of exotic animals. Narrator Cassandra Campbell captures the essence of this engaging single mother who finds herself in harm’s way. She tells the story convincingly and makes each character distinct. Her natural and well-paced delivery will appeal to listeners, especially those who like their mysteries seasoned with romance. D.L.G. © AudioFile 2012, Portland, Maine [Published: AUGUST 2012]