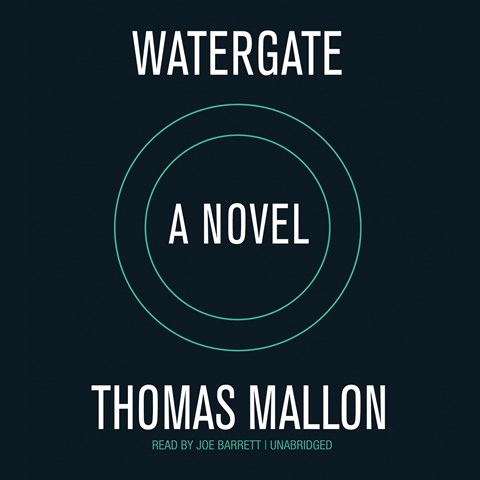 While the story of the Watergate scandal has been covered in numerous nonfiction books, only now has an honored historical novelist imagined the colorful characters of the Nixon administration. Ably aided by narrator Joe Barrett, Mallon captures the essence of the people behind the headlines and creates a behind-the-scenes look at life in the early 1970s. Barrett fights the urge to fully imitate the well-known voices but tints his performance with just the right tones. Mallon characterizes incidental players who are thrust into the public spotlight during the scandal, such as Rosemary Woods, with empathy, and Barrett’s delivery reflects the author’s humanity. This depiction of the famous “third-rate burglary” and the subsequent cover-up that brought down a president is enlightening and entertaining. R.O. Winner of AudioFile Earphones Award © AudioFile 2012, Portland, Maine [Published: APRIL 2012]