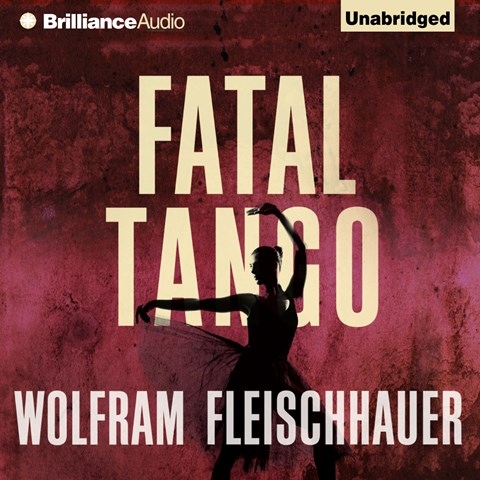 The unusual combination of ballet and tango is no more surprising than the romance between Giulietta Battin and Damian Alsina. Giulietta is on her way to becoming a solo ballerina in Berlin as Damian is taking the city by storm with his unusual—almost forbidden—tango style. Narrator Tanya Eby authentically presents each cast member regardless of his or her class, age, or situation. Giulietta falls in love with Damian and abandons ballet, but soon he becomes remote and mysterious and eventually disappears. She follows him to Argentina, where she learns of the nation’s violent history towards its citizens. Eby capably delivers the diverse histories of ballet and tango, but the emphasis is on the characters. Eby keeps listeners on tenterhooks until the heartbreaking conclusion. S.G.B. © AudioFile 2012, Portland, Maine [Published: JULY 2012]