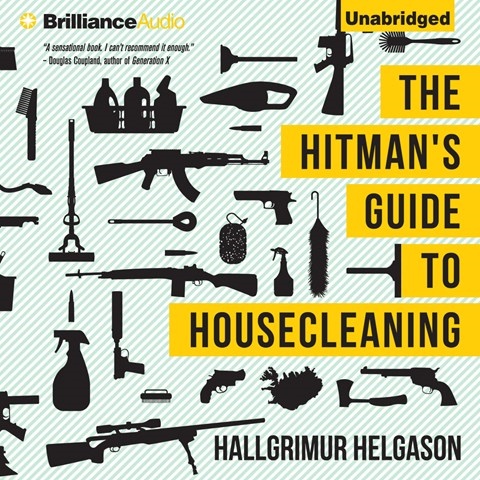 THE HITMAN'S GUIDE TO HOUSECLEANING

Narrator Luke Daniels manages to sustain an acceptable Serbo-Croatian accent throughout his hilarious reading of this story of a hit man who is holed up in Iceland. Tomislav Bok is a killer for the Croatian mafia in New York. When he finds himself on the run from the police, he adopts the identity of an American televangelist on his way to Reykjavik. The result is a ribald, madcap adventure, at times farcical and at times tender. Daniels takes on the identity of the killer like a freshly fitted shoulder holster. His vocal depictions of the Icelandic characters are often on the silly side, but the book is nonetheless entertaining and his reading enjoyable. S.E.S. © AudioFile 2012, Portland, Maine [Published: JULY 2012]