Home»Reviews»IN THE LAND OF INVISIBLE WOMEN 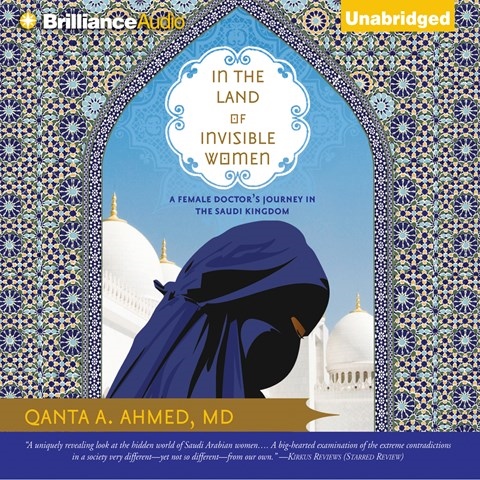 This memoir educates listeners on a myriad of details about life and medical services in Saudi Arabia. The choice of a narrator with a British accent mirrors the nationality of the writer, who also has a lot of experience in the U.S. Nicola Barber capably depicts the confusion and cultural dissonance experienced by a Muslim doctor whose faith is practiced very differently from those in the land she has moved to. Barber's narration is not particularly creative, but then the story itself is fairly predictable. Listeners familiar with Saudi attitudes towards women will not be surprised by their insistence that female patients wear their veils even during surgery. M.R. © AudioFile 2012, Portland, Maine [Published: DECEMBER 2012]