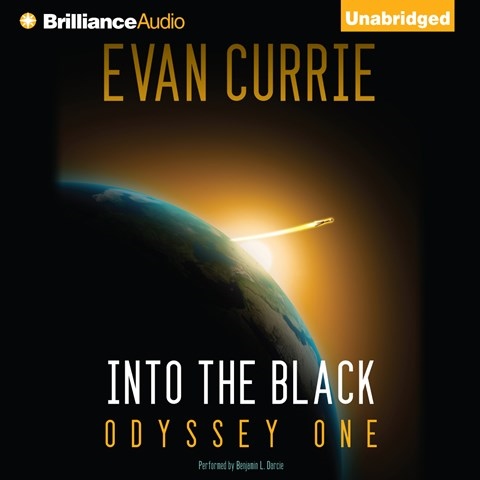 INTO THE BLACK Odyssey One

Debut author Evan Currie’s intended series of space operas is off to a good start, and Benjamin Darcie is a solid narrator. Eschewing many of the conventions of sci-fi fare, Currie treats his characters like sailors and space like another ocean. Captain Eric Weston takes his crew on the maiden voyage of THE ODYSSEY, a ship with a unique method of light-speed technology. It tends to cause a futuristic version of sea sickness—but gets the job done. Darcie gives Weston a commanding presence and makes his crew believable as they fly through uncharted space, encountering alien threats and other horrors. M.S. © AudioFile 2012, Portland, Maine [Published: JULY 2012]