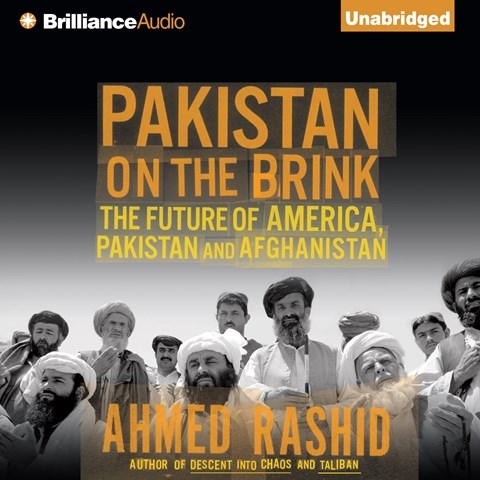 PAKISTAN ON THE BRINK The Future of America, Pakistan and Afghanistan

Arthur Morey's sober, measured delivery matches the seriousness and density of the information presented in Rashid's analysis of Pakistan's fragile balance and the dire impact its collapse would have worldwide. Morey employs an unemotional tone as he reports on the devastation that unrelenting warfare, corruption, and poverty have inflicted on this vulnerable society. His deliberate pace allows time to absorb Rashid's detailed account and to contemplate its implications as this unlikely nuclear power teeters among the diverse elements that are vying for influence and control. Skilled writing brings clarity to a difficult subject and is enhanced by an equally skilled narration. The result is a thorough and accessible work that should be considered in any examination of this increasingly troubled yet critical region. M.O.B. © AudioFile 2012, Portland, Maine [Published: MAY 2012]