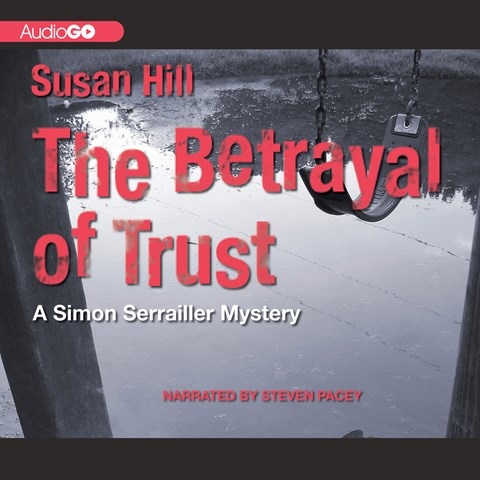 THE BETRAYAL OF TRUST A Chief Superintendent Simon Serrailler Mystery

Narrator Steven Pacey portrays Senior Investigating Officer Simon Serrailler, of the village of Lafferton, in the south of England. Serrailler is shorthanded in his investigation of the murder of teenager Harriet Lowther, who was last seen 16 years earlier waiting at a local bus stop. Now, after heavy rains, her skeleton has been uncovered in a shallow grave. Pacey engages listeners with this cold case and its victim, as well as its investigators, as Serrailler painstakingly rebuilds the murder. Pacey expertly conveys Serrailler’s compassion as he questions Harriet’s father and others who knew her in search of clues to her death. Pacey’s transitions between characters, dialects, and males and females are flawless. He keeps the pace on track while allowing no interruption in the mounting suspense. B.J.P. © AudioFile 2012, Portland, Maine [Published: MAY 2012]