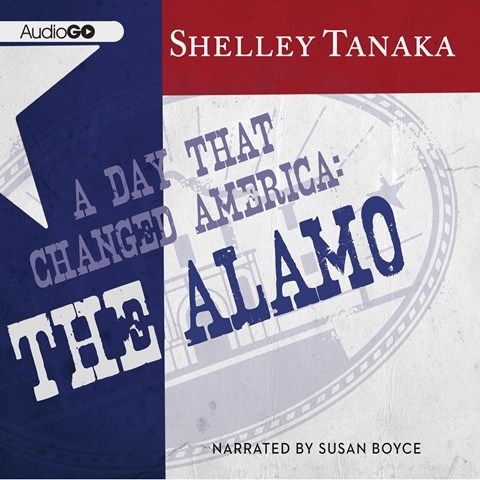 A DAY THAT CHANGED AMERICA: THE ALAMO

The author provides a graphic account of the siege at the Alamo in Texas in 1836. Susan Boyce’s narration is steady, and her voice is smooth—though at times her delivery borders on being stilted. The beginning of the narrative explains both sides of the Mexican-American War but devolves into a primarily American perspective. At first, Boyce’s reading isn’t able to transcend the litany of dates, names, and facts. As the siege gets underway, however, her narration grows vivid, in part because the violence of battle is described in detail. The end, with its account of the lives of the surviving women and children, is resonant, and Boyce’s final statements ring out a call to remember. A.M.P. © AudioFile 2012, Portland, Maine [Published: MAY 2012]