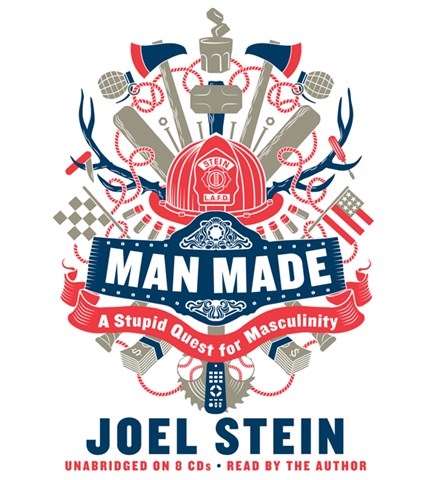 MAN MADE A Stupid Quest for Masculinity

It must be genetic because every generation produces writers who want to search for their manhood and then write self-deprecating, sarcastic memoirs that detail their folly. Here’s the Gen X version, and it’s a funny book. Stein is also the narrator, and with this effort he falls into the traps encountered by many author-readers. He has a regular-guy voice, which is pleasant and complements the book’s tone, but he’s prone to mumbling and skipping over words because he reads too quickly. He also tends to trail off at the ends of sentences. This doesn’t ruin the book: Stein has a charming way of making us want to hear what he has to say. We just need to temper our expectations. R.I.G. © AudioFile 2012, Portland, Maine [Published: AUGUST 2012]