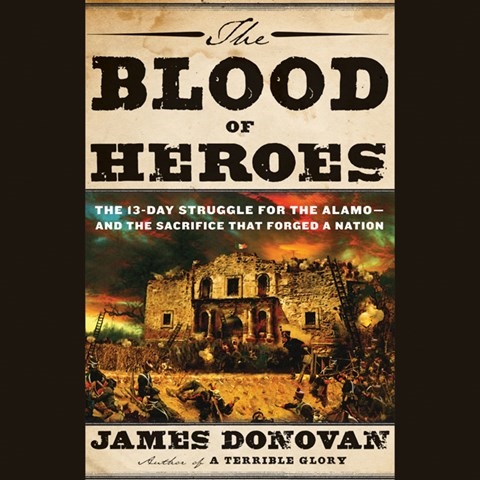 James Donovan’s BLOOD OF HEROES is a better listen for those who want to celebrate the Alamo than those who want to gain a dispassionate understanding of its place in history. Donovan underscores his strengths as a writer—a flair for detail and story—with his own narration, which skillfully conveys the drama of the event. With a youthful, slightly gravelly voice, he is superbly cast to narrate: One can imagine him as one of the young volunteers who manned the doomed fort. His occasional verbal miscues—like saying “calvary” for “cavalry”—almost become part of the character. And his fluent Spanish accent when rendering Spanish names and phrases enhances the audio experience. D.S.S. © AudioFile 2012, Portland, Maine [Published: AUGUST 2012]