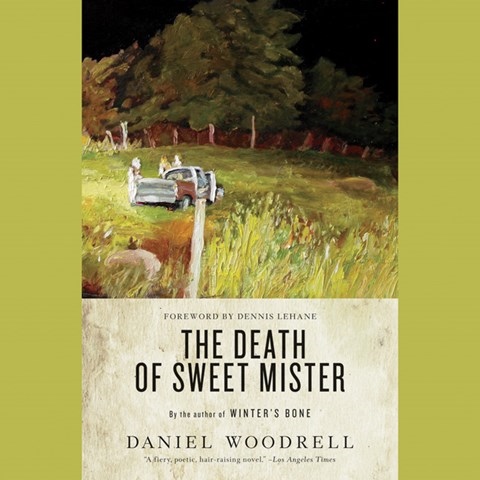 THE DEATH OF SWEET MISTER

If Huck Finn had been raised by his father, he might have turned out something like Morris “Shug” Akers, the narrator and protagonist of Daniel Woodrell's 2001 novel. Shug gets a fine voicing from Nicholas Tecosky; his detached and retrospective tone is that of a man—or perhaps a boy—who is looking back at his horrible and truncated childhood without illusions or regret. Shug has power over nothing except his emotions and the tractor for mowing the “bone orchard” where his mother, who calls him “Sweet Mister,” is the nominal caretaker. They both live in fear of his father, a petty criminal. Tecosky’s cool narration becomes downright chilling as Shug learns what he’s willing to do—and what he’s willing to give up—for love. D.M.H. © AudioFile 2012, Portland, Maine [Published: MAY 2012]