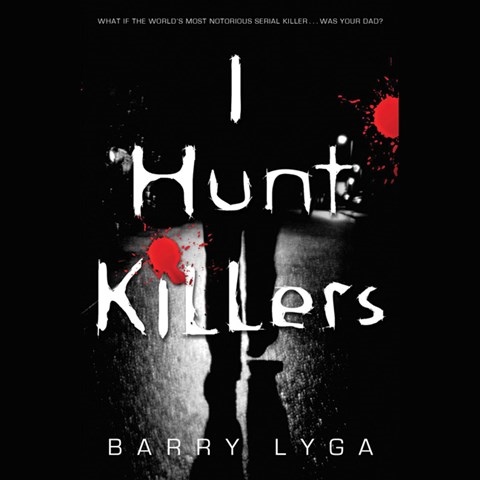 Being the son of a serial killer is one burden that 17-year-old Jasper (Jazz) Dent carries with him, along with the heavier burden of fearing he will follow in his father's footsteps. Charlie Thurston's understated performance captures the palpable tension of the story. Amid Jazz's memories of the gruesome and sadistic murders his father has committed are the everyday routines of school and caring for his failing grandmother. Thurston's voicing for the evil Billy Dent is especially creepy and provides a counterpoint to the voice of the easygoing Sheriff Tanner. As a copycat killer emerges, Jazz vows to help the police. Is there atonement for Jazz, or will he finally be tempted to complete what his father hoped was his destiny? Listeners will need a strong stomach and a clear moral compass to appreciate this story. L.D.H. © AudioFile 2013, Portland, Maine [Published: MAY 2013]