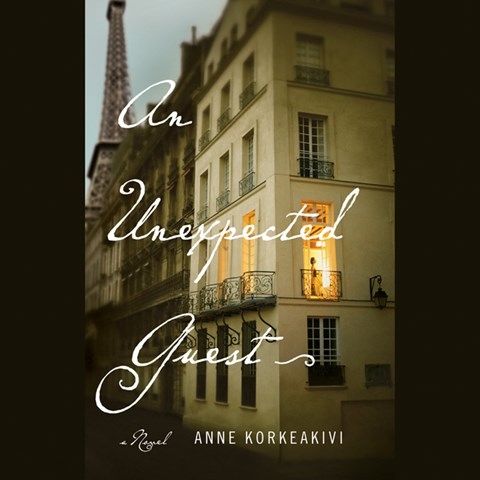 This novel is so adeptly performed that in losing oneself in the suspenseful plot, one completely forgets that just a single actor puts forth so many characters. Ellen Archer's accents, lovely French pronunciation, vocal range, and perceptive expressions distinctively portray Clare, the story’s chronicler, who is the American wife of a top British diplomat in Paris. Other well-performed principals include Clare’s very English husband; her past lover, who was a member of the IRA; her teenage son; a suspected Turkish terrorist; and a host of singular supporting roles. The novel, which is reminiscent of Virginia Woolf’s MRS. DALLOWAY, is set on a pivotal day as Clare prepares for a delightful official dinner upon which the future of her husband's diplomatic career depends. At first appearing to be the model of restraint and decorum, Clare is gradually revealed as a woman with a past filled with dangerous allegiances and moral dilemmas. As the novel evokes an exquisite Parisian spring day, Clare's steamy past threatens her family's future, and Archer matches the author's taut wit and luscious imagery moment by moment. A.W. Winner of AudioFile Earphones Award © AudioFile 2012, Portland, Maine [Published: MAY 2012]