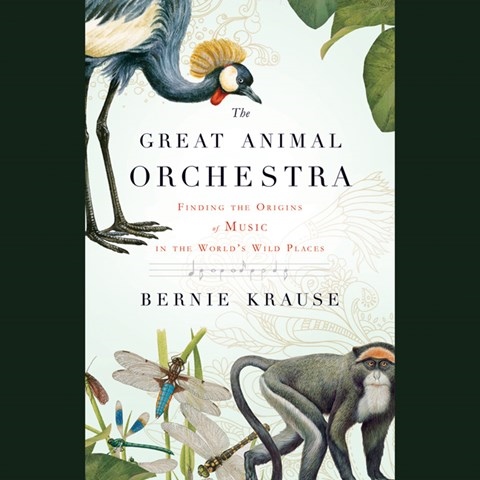 Bernie Krause records the soundscapes of nature—both animal (biophony) and landscape (geophony). Multiple clips of rain, waves, baboons, frogs, and even a bereft beaver searching for its family after a dam is blown up are included, and the sound effects clearly enhance the printed text. Krause is frustrated by the increasing noise made by people—traffic, movies, and restaurants that are too loud—ruining the environment for both people and animals. However, Krause is too relaxed in his performance. He is obviously annoyed by those loud restaurants, distressed by the beaver, and frightened by the gorilla that picks him up and throws him 15 feet into nearby stinging nettles, but there's no emotion in his tone. A little drama and excitement in his voice would not go amiss. A.B. © AudioFile 2012, Portland, Maine [Published: JUNE 2012]