Home»Reviews»NO ONE EVER TOLD US THAT 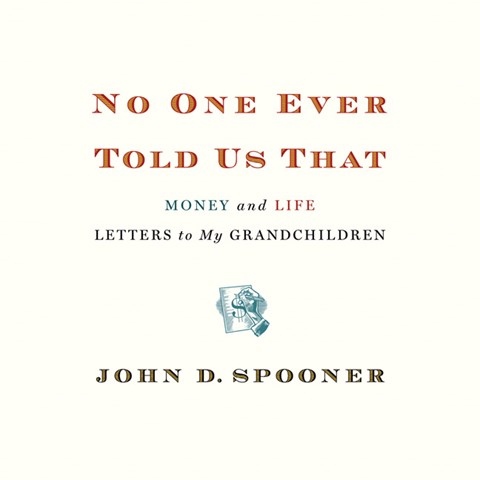 A stockbroker/novelist with an Ivy League pedigree reads a broad collection of advice he’s written to his two grandchildren via 59 letters. He’s a high-flying operator who knows a lot of powerful people, so there’s a cosmopolitan New York City patina to these otherwise down-to-earth missives. While he’s a man of letters and a savvy businessman, he writes with beguiling humility, perspective, and affection—for humanity as much as for his progeny. By the end of the audio, most listeners will be thinking of the young people they know who should have this advice, especially if they’re finishing their education and getting ready to move out into the world. But they’ll likely choose the print edition because in this production the author’s near-monotone, slow-paced delivery makes his wisdom sound tired and his generous spirit unappealingly sentimental. T.W. © AudioFile 2012, Portland, Maine [Published: DECEMBER 2012]