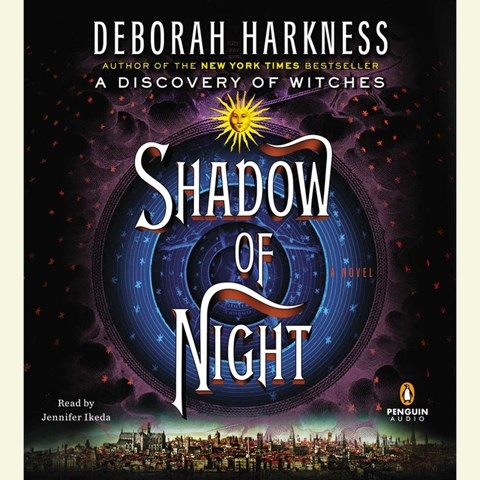 The eagerly awaited second book of the All Souls Trilogy starts precisely where A DISCOVERY OF WITCHES left off, with Diana and Mathew tumbling into the past. Jennifer Ikeda continues as narrator. She convincingly voices both the thoughts of a modern woman and the controlled seductive tones of an experienced vampire. The details of Elizabethan England are as tantalizing as the romance, but the lack of temporal accent makes one wonder what it really would be like to hear the cadence of the time. Regardless, Ikeda’s reading rings with intrigue as the witch-historian and vampire-scientist discover their own significance and the potential genetic link between daemons, witches, and vampires. With a paranormal hue, history, science, and the history of science become entirely too alluring. A.M.P. © AudioFile 2012, Portland, Maine [Published: JULY 2012]