Home»Reviews»WHATEVER YOU DO, DON'T RUN 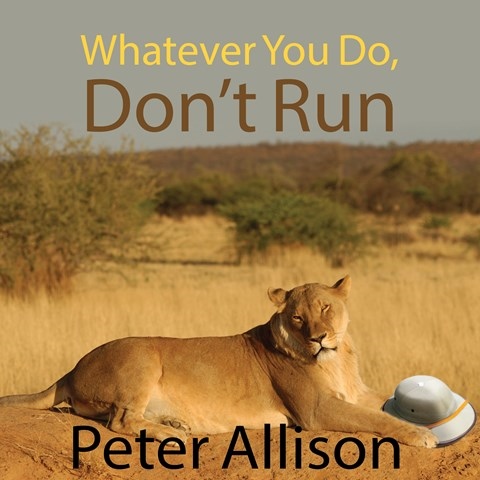 WHATEVER YOU DO, DON'T RUN True Tales of a Botswana Guide

Armed with an adventurous spirit, Australian Peter Allison set off for Africa at the age of 19 and became a safari guide. With a pleasant Australian accent, narrator Antony Ferguson adds dashes of drama in describing the sticky situations that Allison encountered while working in the bush with majestic and dangerous animals—as well as with the humans from various walks of life who come to observe them. Ferguson also conveys Allison's fascination with wildlife, as well as the inevitable frustrations of working for customers who can be quite colorful themselves. Overall, the tales, which are not presented in any particular sequence, are amusing. S.E.G. © AudioFile 2012, Portland, Maine [Published: MAY 2012]