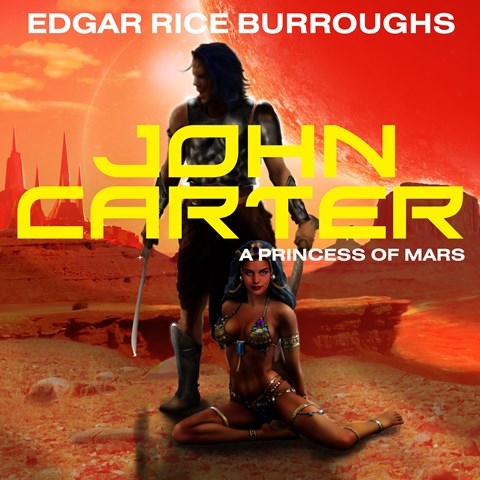 A PRINCESS OF MARS Barsoom Series with John Carter, Book 1

A century after its serial publication in a magazine, this book has found new popularity with the film JOHN CARTER. Narrator Scott Brick brings to the production a wealth of experience with science fiction books that have long explicatory passages and many battles. As the first-person narrator to whom John Carter told his story, Brick recounts the adventures of the hero, who starts out as a prospector in Arizona. When John Carter is pursued by Apaches, he takes refuge in a cave, is overcome by a gas, and wakes up on Mars. Once there, he becomes one of the green Martian horde, falls in love with a princess, and hurls himself from one exploit to another. Brick’s introspective delivery adds dimension to this popular example of interplanetary pulp fiction. J.E.M. © AudioFile 2012, Portland, Maine [Published: MAY 2012]