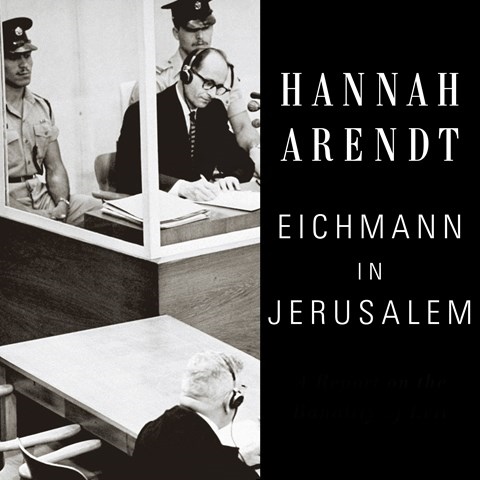 EICHMANN IN JERUSALEM A Report on the Banality of Evil

Arendt was an influential German-American thinker who analyzed human society and why it developed into the raw era of the mid-twentieth century. (She died in 1975.) Using the Adolf Eichmann trial that took place in Jerusalem in 1961-62 as a point of analysis--she was in the audience--she details how the Holocaust came about through the manipulated thinking of apathetic European masses. Narrator Wanda McCaddon brings a cultured British slant to the narrative, sometimes gently delivering various European accents while moving forward calmly and rationally. Were Arendt to have narrated, the text would have come across more adamantly, as one can hear in audios from her academic lectures. D.R.W. 2012 Audies Finalist © AudioFile 2012, Portland, Maine [Published: MAY 2012]